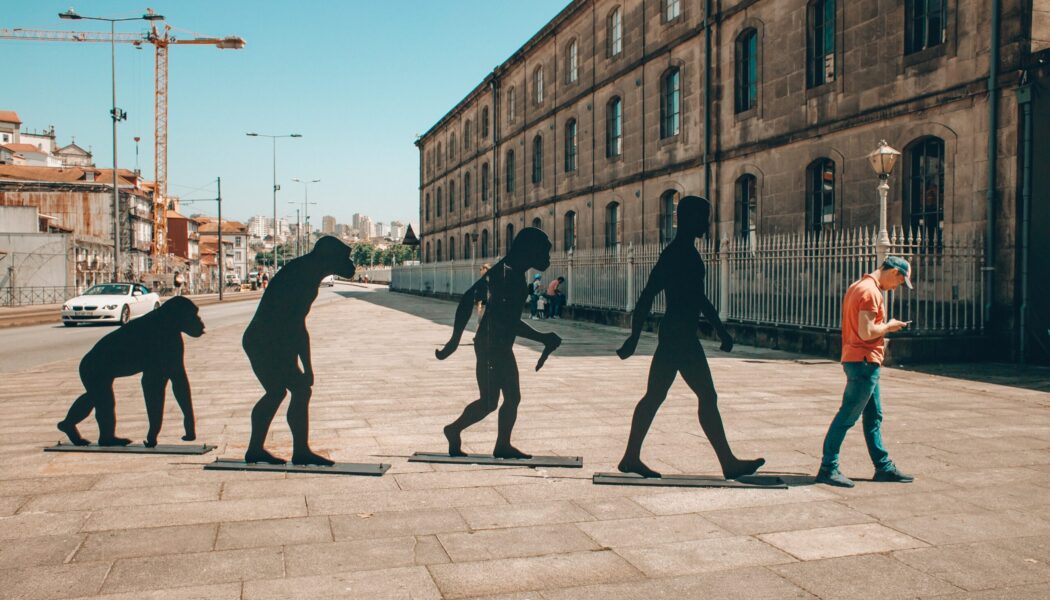 In my blog of last October “Humans Impose Themselves on Nature”, I stated that people view nature from their perspective, thereby giving nature properties and qualities it doesn’t have:

When religions first appeared, the thinkers of the time had no knowledge of (1) how life worked on a microbiological level, (2) how the brain worked, (3) how the laws of nature worked. So, they attributed dreams, angels, heaven, and the natural world to God. The institution of religion has its origins in fundamentally erroneous assumptions. Nowadays, religions know about microbiology, the forces of nature, and the brain’s functions. Recognizing that these are incredibly complex, they argue that God must be behind them.

Scientific facts are twisted to fit this perspective. For instance, in his book Signature In The Cell: DNA Evidence For Intelligent Design, Stephen Meyer makes a parallel between DNA sequences and English sentences:

This is flawed. He assumes that nature is intelligent. Scientific discoveries that followed from intuition are very far and few in between. Nothing is obvious in the ways nature operates. Even the most obvious natural force—gravity—was misunderstood until Galileo and Newton came along 350 years ago, and gravity is still not completely understood. Intelligent design theories practice pseudoscience.

Meyer explains that just as English speakers can distinguish meaningful from non-meaningful arrangements of English letters through their knowledge of conventions of grammar and vocabulary, biologists have been able to make determinations about the functional role of DNA base sequences based on knowledge they had acquired of the genetic code and the gene-expression system.

He takes the example of an English sentence “Time and tide wait for no man” against gibberish like “iuinsdysk]idfawqnzkl,mfdifhs” to argue for intelligent design in the DNA sequence. He goes as follows.

Given the number of possible ways of arranging the letters, spaces, and punctuation marks, both these two sequences above constitute highly improbable arrangements. Thus, both sequences are complex and meet William Dembski’s first criterion for a designed system. Dembski is a mathematician who developed his concept of specified complexity. The sequences are complex because both defy reduction to a simple rule. Each represents a highly irregular, aperiodic, improbable sequence. On the contrary, the following sequence ABABABABABABABABABABAB is not complex since it is highly ordered and repetitive.

Nevertheless, only the first of the two sequences exhibits a specification according to Dembski. This is his second criterion. His rationale is this. Consider that within the set of combinatorially possible sequences, relatively few will convey meaning. Therefore, this smaller set of meaningful sequences specifies a (limited) domain (or target or pattern) within the larger set of possibilities.

To qualify as independent, the domain or target must correspond to a known or preexisting pattern or set of functional requirements independent of the event, that is, not one contrived after the fact of observing the event under investigation. This is Dembski’s third criterion.

To convey meaning in English one must employ preexisting or independent conventions of vocabulary as well as syntax and grammar (functional requirements). So, the first sequence of letters (“Time and tide wait…”) corresponds to an independent set of functional requirements. Since the smaller domain (English sentences) distinguishes functional sequences from non-functional sequences, and the functionality of alphabetic sequences depends on independently existing conventions of English vocabulary and grammar, the smaller domain defines an ‘independently given’ target or pattern. It conveys meaning.

The second of the two sequences above “iuinsdysk]idfawqnzkl,mfdifhs” does not conform to an ‘independently given’ pattern. In disagreement, an observer could declare that it means something such as “in disks is facts modified.” But in that case, the functional significance of the sequence wouldn’t have existed independently of the event in question. Instead, the observer would have fabricated, rather than detected, functional significance in the pattern of letters. For that reason, Meyer adds that “the ‘meaning’ the observer imputed to the sequence would not signify anything about the sequence having originated in another mind.” Note that he assumes another mind is at play.

Dembski calls patterns that observers merely perceive, as opposed to independent, in the event alone “fabrications.” For instance, shuffling letters in “Time and tide wait for no man” into the sequence “dime anT tide wait fom no ran” is a fabrication, not a specification, and can’t be part of an intelligent design. But, that is Dembski’s point of view (that disregards natural selection).

In evolution, many sequences are possible and do occur otherwise there wouldn’t be diversity of life. A DNA sequence that mutates from CTTATAATGCTCA to CTATATAAGGCTCA or CATAGGATGCTCA may be viable as well. The letters represent the four chemical bases adenine (A); thymine (T); cytosine (C) and guanine (G). The domain of patterns isn’t narrow and limited contrary to Dembski’s view. Meyer says, “patterns that observers merely perceive.” Again a creationist view. DNA sequences are nature’s reality, not our perception of them. Scientists assign letters of the alphabet to the bases for our convenience. These letters are really molecules and follow rules totally different from our grammatical rules. Our lettering and DNA bases are in contexts that have nothing to do with each other. An English sentence has only one meaning so that permutations of its letters render it meaningless. The ‘letters’ of the DNA of living species are unlike ours. Same with its ‘sentences.’ So, Dembski’s second criterion—specification—doesn’t apply to the DNA. Dembski’s third criterion—independence—applies as it corresponds to a preexisting pattern or set of functional requirements. Dembski’s first criterion—complexity—definitely applies to DNA, but it’s only a necessary criterion for intelligent design. Since one of the three criteria fails, there can’t be intelligence in the DNA.