Mubarak Bala is the President of the Humanist Association of Nigeria. He was arrested at his home in Kaduna on Tuesday, April 28, 2020 after a Kano lawyer made a complaint about a Facebook post that appeared two days earlier on Mubarak’s account.

Mubarak was taken to Kano the following day and held incommunicado for months. The police authorities refused to admit he was in their custody and refused to confirm he was alive. Mabarak was not permitted to see his lawyers until November that year—four months after a court ordered that his lawyers be granted access.

On May 8, 2020, Mubarak’s lawyers filed a Fundamental Rights Enforcement (FRE) petition. Such petitions have a special standing in Nigerian law, especially when the petitioner is deprived of his liberty. Such cases must be treated as emergency cases and must be heard within seven days.

To the shame and discredit of the Nigerian judicial system, a long series of prevarications and delays followed and Mubarak’s FRE petition was not heard until October 19. Then the decision was delayed until December 21. But, when it came the decision was the right one. The court found that Mubarak was being detained in gross violation of his fundamental rights. The court ordered that Mubarak be released immediately and ordered the payment of compensation.

At the time of writing, Mubarak remains incarcerated and he has not been brought to trial. The Kano authorities are responsible for a long list of egregious abuses of human rights and legal process, including contempt of court.

Below you will find all our coverage of Mubarak’s case. 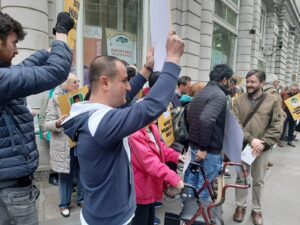 Arrest Two years ago today, Mubarak Bala was at home in Kaduna finishing breakfast with his housemate when he heard loud and persistent banging on his front door. Fearing an ...
Read More 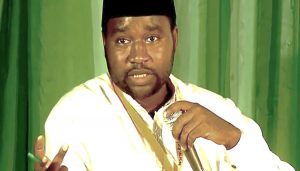 Mubarak Was Not Charged with Blasphemy

Many people are under the misapprehension that Mubarak Bala was charged and convicted of blasphemy. We see some Muslims celebrating Mubarak’s sentence under the illusion that blasphemy laws have achieved ...
Read More

Some days come and go leaving a fading shadow in our minds. Other days, hit us like a jackammer and leave a deep impression that never fades. April 5, 2022, ...
Read More 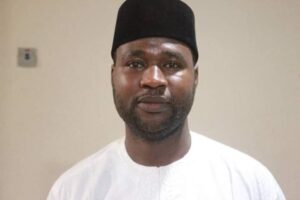 For the first time in the 21 months that he has been incarcerated, Mubarak Bala appeared in court yesterday. He was arrested following a frivolous complaint about a Facebook post ...
Read More 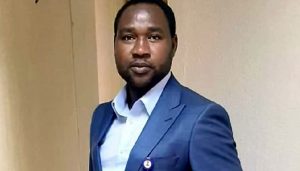 You can hardly have missed the case of Mubarak Bala. Mubarak is the President of the Humanist Association of Nigeria. Following complaints from a Muslim lawyer that he made posts ...
Read More

By now Mubarak Bala, who was arrested on April 28, 2020 after a complaint that a Facebook post he made was “provocative and annoying to the Muslims”, has spent over ...
Read More 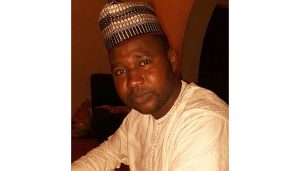 Nigeria is truly fortunate to have a Federal Constitution that guarantees fundamental human rights. It also has Fundamental Rights Enforcement Rules designed to ensure "enhanced access to justice for all ...
Read More

At the Abuja High Court today, Justice Inyang Ekpo, found that Mubarak Bala has been held illegally for more than seven months and ordered his immediate and unconditional release. Ekpo ...
Read More

The Pride of Nigeria There are two things Nigerians should be deeply proud of. The Federal Constitution, echoing the inspiring words found in the Universal Declaration of Human Rights, defines ...
Read More

Mubarak Bala's fundamental human rights enforcement case was finally heard in a high court in Abuja today—almost 24 weeks after it was first filed and 25 weeks after Mubarak was ...
Read More

After the heartbreaking possibility that Mubarak Bala had been killed in prison, I am delighted to say, the email claiming his death was fake. He is alive and well and ...
Read More

Has Mubarak Bala Been Killed?

There are speculations that the president of the Humanist Association of Nigeria, Mubarak Bala, has been murdered in prison in Kano, Northern Nigeria. A source who is familiar with the ...
Read More 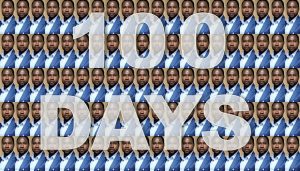 Today marks a grim milestone. Mubarak Bala has been held by police in Kano State, Nigeria for 100 days without access to his lawyers or his family and without appearing ...
Read More 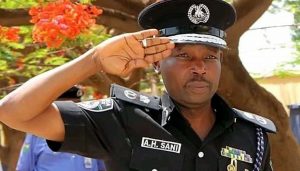 By law, everyone detained by police in Nigeria has an absolute right to legal representation and to be charged within 48 hours or be released. Unless you are an atheist ...
Read More 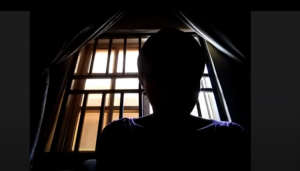 Today, Mubarak Bala's wife speaks publicly for the first time on the stress and pain of living without her husband and not knowing where he is or whether he is ...
Read More 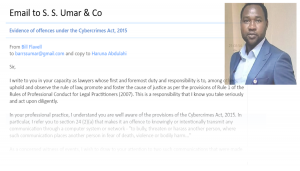 Mubarak Bala: Putting His Accuser To The Test 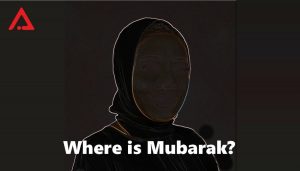 I really want to thank AAI for their continuous help after my husband's (Mubarak Bala) disappearance since 28th April, 2020. The AAI has been helping me both financially and emotionally ...
Read More

Mubarak, today is your birthday but I cannot talk to you. I don’t even know where you are and nor does your wife or your children or any of the ...
Read More

It is now 45 days since Mubarak Bala was arrested on suspicion of blasphemy in Kaduna, Nigeria. Apart from a brief 'phone call with his lawyer on April 29, and ...
Read More 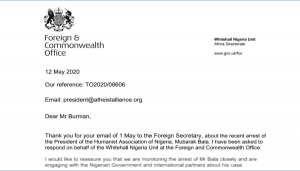 Mubarak Bala, President of the Humanist Association of Nigeria, was arrested on April 28 in Kaduna, Northern Nigeria on blasphemy charges. He was in contact with his family and friends ...
Read More 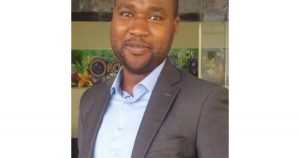 Mubarak Bala, President of the Humanist Association of Nigeria has been arrested on a charge of blasphemy. He was arrested in Kaduna on Tuesday and held overnight. Yesterday, he was ...
Read More